Time keeps on slipping into the Future... Why I believe People do the work of Angels

I keep saying things like "How is it already, almost the end of April?" This year has been such a series of contrasts. It began in, to be honest chaos. I had pulled everything out, over the year of destashing, would work until my brain was overwhelmed from making decisions. Some days I left a bigger mess than I started with. Honestly, my husband earned sainthood over the last year. Most of the men I've known would have "at least had words with me over the mess".

Instead, he helped me clean out the storage unit that had at one point been infested,
ACTUAL visual count of black widow spiders, 2 + an egg case 1st fall, and another egg case near the door the following fall. By then even without spying even one spider, I was certain there were thousands of black widows throughout the unit. Maybe millions. Every bad sci-fi movie that included spiders, led me to jumping every time something brushed against an uncovered area of skin... Of course there wasn't much of that, if I could have worn a Haz - Mat suit into the unit, I would have cleaned it out myself. Add in my second hip replacement during the third year, to understand I wasn't just being lazy or crazy.

I did get started a few times, but could never get much past the trash at the opening of the unit. I'd cleaned out my car over there, mostly drink cups, but once the widows appeared, no way was I putting any trash bags into my car. Where could I begin?

ENTER THE ANGELS while remembering, my husband is a saint!

January 2015 there was a new manager at the storage unit. She ALSO made it possible for me to get started on this enormous task. Some people are roadblocks, while others open doors for us. Tina Marie had the key that opened the door to me getting started. She encouraged me, and made some suggestions that got me started talking to my husband about how to accomplish the goal of sorting trash from what I'd need to rescue from THE Unit.  She and the Assistant Manager Tim, helped me several times, in normal ways, such as helping with a lock that wouldn't open... for good reason, it was the wrong unit. We all laughed together the next week about that, and guess what, once I was at the right unit, my key did work.

In February, my sister came for a visit, just a few days, I wish it could have been much longer. For those of you with a sibling, I hope you are as lucky as I have been. We were always close in age, which meant, as the older sister, my bossy nature ran wild. In fact, I believe one of the reasons I first liked Supernatural(tv series) was because I so identified with Dean's feelings of protecting Sammy.

Not that I ever rescued her from a Werewolf or anything nearly as scary. We did watch scary movies together on Friday or Saturday nights. Gregore, was the host of an Omaha, creature feature when we were 10 and older. The old classic, Dracula, Frankenstein, etc. Nothing Like Count Floyd on Saturday Night Live years later.

I may be allowed to "take care" of a doll she loved very much as a kid. She can't throw it away, I'm supposed to keep the solution to myself, and have a nice idea. Can't share it here. May not work, but how could I not love a sister so loyal to her favorite doll? Her heart is of purest gold.

Her visit included a teaparty, to enjoy an extended visit with our grandkids in a semi play setting. We had a mixture of plastic plates and real cups and saucers filled with iced tea, which they could add sugar cubes to. I watched, but again, not telling how many cubes went into anybodies tea! The grownups all sipped hot tea, some with sugar cubes some without, and lots of savory and sweet treats.
Cucumber sandwiches made by my sis, Tuscan skewers, fruit salad, and as many variations as possible out of one yellow cake mix. We even had herrings on the Savory snacks plate. I hope Livvie, remembers the tea party, Luke's a baby so he won't, and my husband sat down and enjoyed the good food with us too. 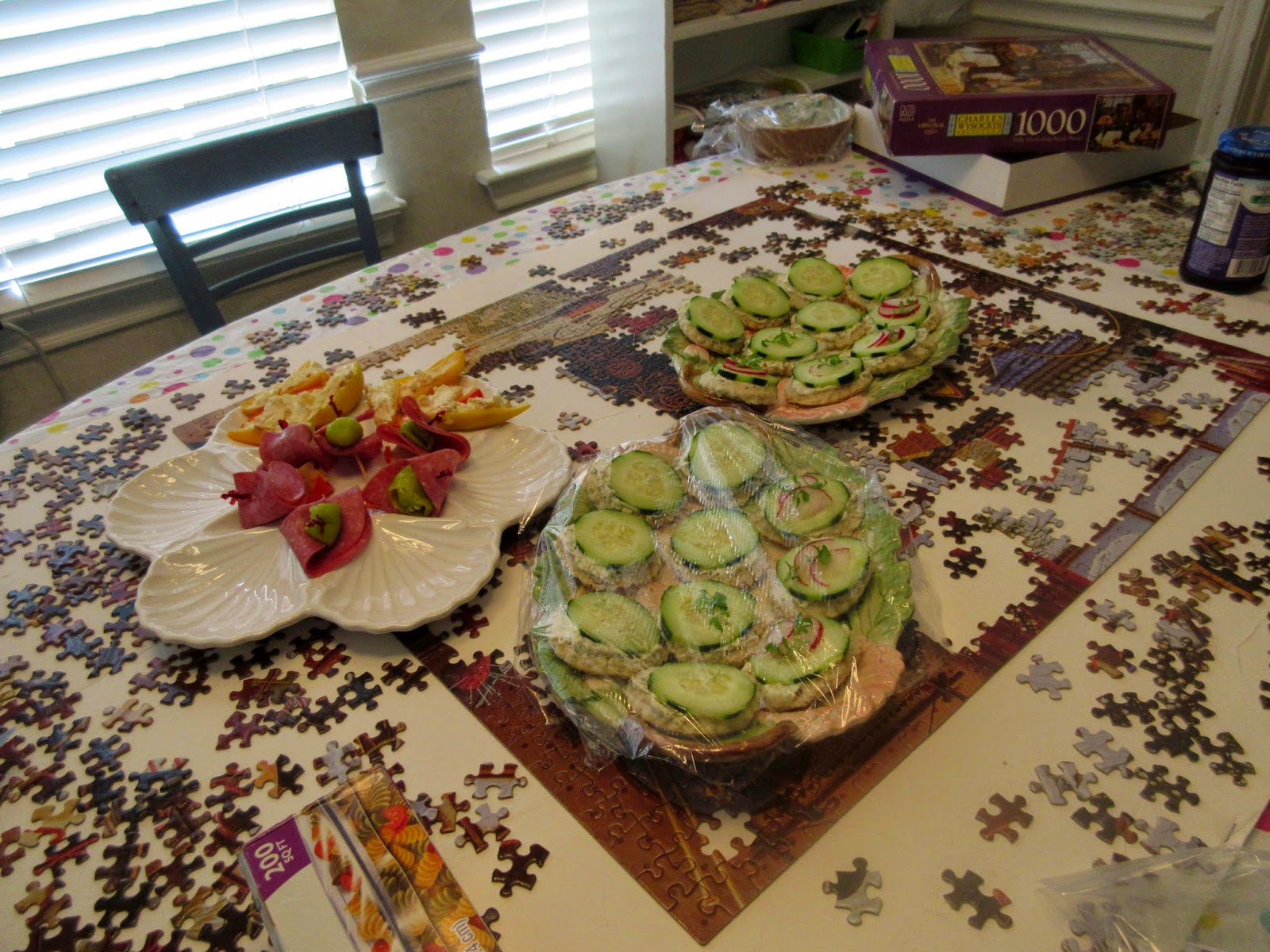 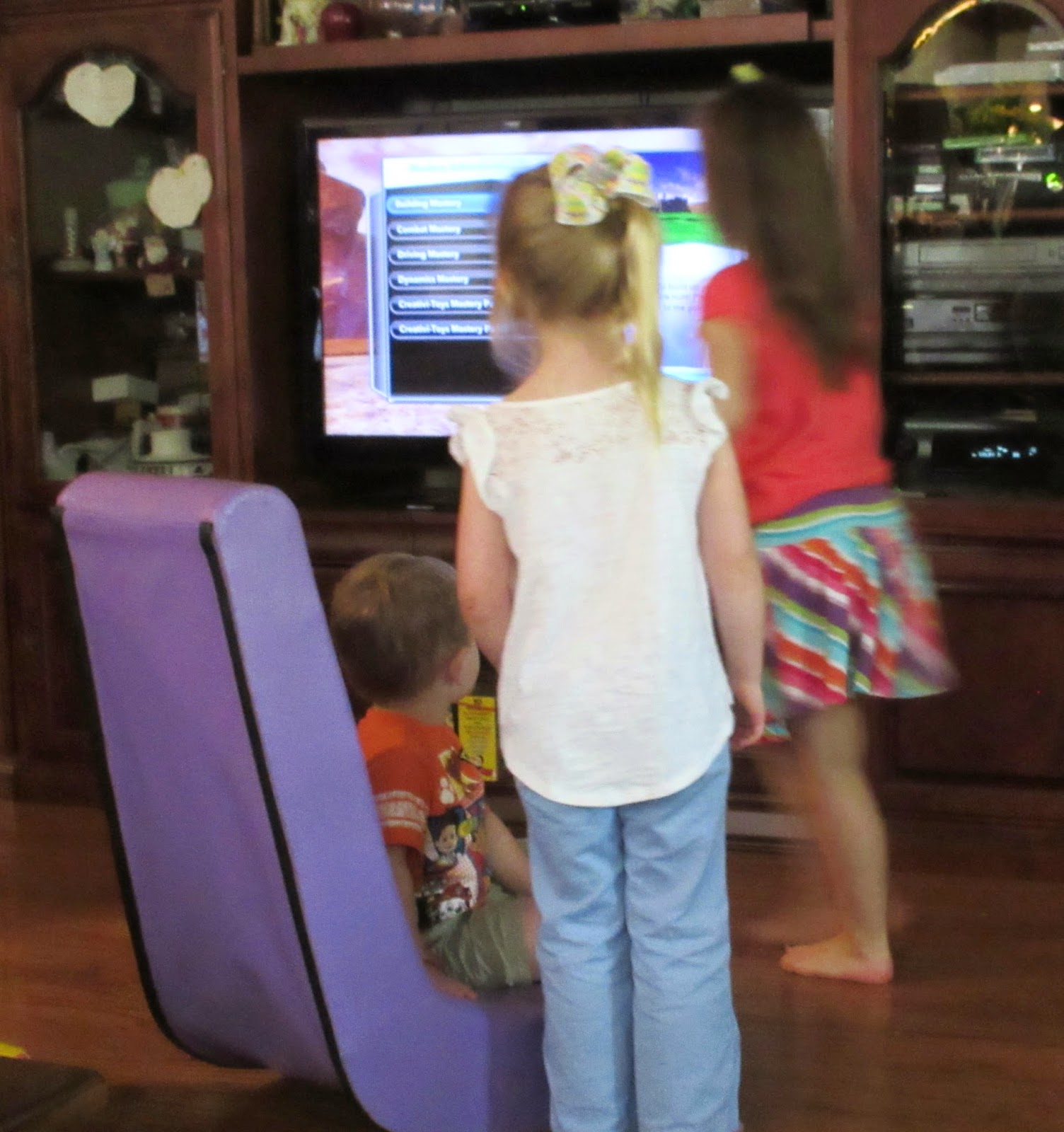 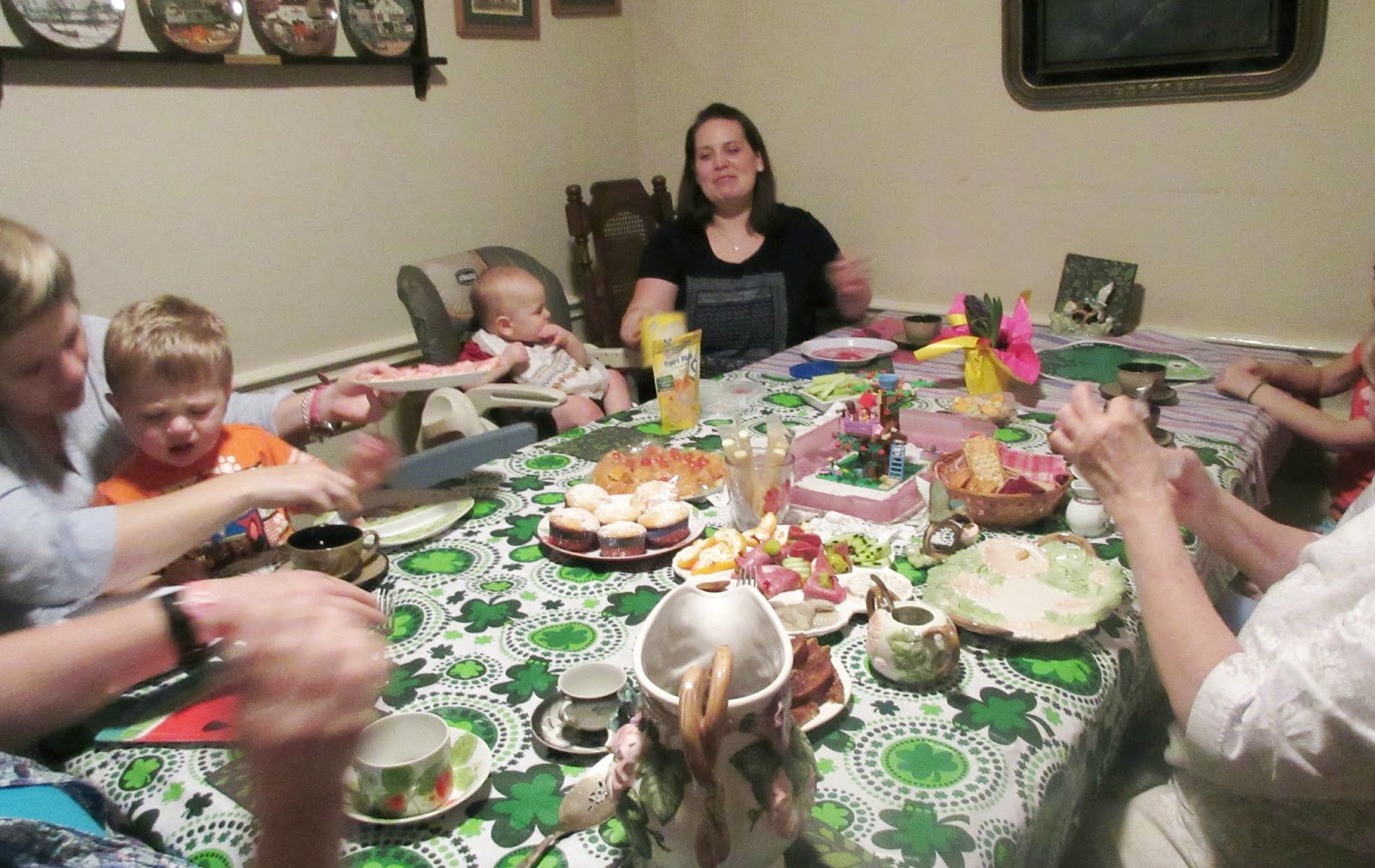 After she left it was time to finalize all the facts and figures for income taxes. Last year, I created a simple spreadsheet that helped me track Texas sales, sales tax collected, and total sales of the day. It also kept track of postage for the day, taking out personal purchases, identifying office supplies purchased at the post office, and postage collected or paid for with a free shipping purchase.

That really helped with book keeping this year. State Sales Taxes were a breeze, and able to be finalized before the deadline was even looming!

So by the time we finished with other receipts, and all the other time consuming paper work for itemizing it was April!

This post is finished, for now. I'm going to put in a picture or two, and of course, this was a bare bones retelling for me...

You have done so much already this year. I think you would just go crazy here, we have hundreds of black widows. It is over whelming sometimes.
I can't believe how fast this year is going by either.
I like your pictures too. What a fun tea party.
I was always the older sister and I still watch over my sister. :)

Spiders are my thing. Snakes, don't scare me as much, and I know that most spiders are not all that dangerous, unless you are a fly.

Yes, we have been busy this year, but so we always seem to be. Better busy than bored! :)